Caste Politics In India: The issue of castes in India is heating up or being heated a bit. There is a lot of tussle going on regarding OBC i.e. Other Backward Castes , EWS Reservation and the Sawarna Commission. Let us talk about all the topics and points in this post of TheUjjwal.

In Uttar Pradesh elections, there is a tussle going on not only about OBCs but also all the Castes. The caste conventions taking place every day are a witness to this. Small political parties formed on the basis of caste are bent on showing their electoral status. Overall, the issue appears to revolve around the OBCs and then the Dalit castes.

But there is much more going on than this. Among them who are neither OBC nor Dalit. That is, among the upper castes. Efforts are on to appease the upper castes and the first step in this direction was to provide reservation for the Economically Weaker Upper Castes (EWS Reservation).

There is a new demand in the whole country to make a Commission for the upper castes. On the same lines as there are Scheduled Castes, Scheduled Tribes or Backward Classes Commissions. How and why the need to make yoga for the upper castes has arisen after 75 years of independence, this is a debatable and serious question. Serious because when separate commissions are made for all castes, what will happen then? What kind of social order will this be a step towards becoming – a linker or a breaker?

These states have Sawarna Commission

Himachal Pradesh, Madhya Pradesh and Karnataka- One thing has become common in these states and that is the General Caste Commission. Just as there is a Scheduled Caste, Scheduled Tribe Commission, on the same lines there is a upper caste or general class commission. According to a report, such a commission was formed in Bihar ten years ago, whereas a few days ago the announcement of the formation of such a commission has been made in Himachal (samanya varg aayog in himachal pradesh). It has already been announced in Madhya Pradesh and the work of setting up the commission is going on. Let us tell you that the total population of the upper castes in the country is 15 percent and the demand for removal of reservation has been made very loudly by them.

Let’s make all these states one by one and make you aware of the current situation there.

The Sawarna Commission was constituted in Bihar by Chief Minister Nitish Kumar on January 27, 2011. After studying the economic and educational backwardness among the upper castes, the commission’s report shows that a large population of the forward castes is unable to get employment, a quarter of the total population of Hindus and Muslims working in the upper castes i.e. 25 percent of the population is unemployed. Deprived and vulnerable to economic hardship and HindusThe highest unemployment is among the Bhumihars.56.3 per cent of the upper castes depend on wages and wages, while 34 per cent of the Hindu upper castes in rural areas do not have a regular income. Whereas 58 percent of the Muslim upper castes are deprived of regular income. In rural Bihar, 49 per cent of upper caste Hindus and 61 per cent of Muslims are unable to attend schools and colleges due to poverty. Among these castes, the rural population having higher secondary education is only 36 per cent, while it is only 15 per cent among Muslims. About a quarter of the population of these caste groups is not literate. In this situation, the Bihar government has recommended keeping the upper caste family with an annual income of less than 1.5 lakhs as poor and under the purview of all welfare schemes.

In Himachal, there was a movement going on for a long time demanding the formation of the upper caste commission. Last week, the agitation turned violent with thousands of protesters gheraoing the assembly and trying to enter. The ruckus increased so much that the Jai Ram Thakur government of Himachal Pradesh, accepting the demands of the agitators, issued a notification for the formation of the General Class Commission on 10 December.

Himachal Pradesh Chief Minister Jai Ram Thakur told in the Vidhan Sabha that the General Caste Commission would be constituted in three months. The purpose of this commission will be to work for the interests of the general class i.e. upper castes and make policies accordingly. After its announcement, there is happiness among the upper castes.

In these, many boards of upper castes are also included. A good budget was also kept for all the boards. Now the matter of these boards is in the High Court because the constitution of caste based boards has been challenged in two petitions. There is a demand of the upper castes that this should be brought into effect soon.

In January 2021, Madhya Pradesh Chief Minister Shivraj Singh Chouhan had said that a Savarna Commission would also be formed for the welfare of the general category, like the Scheduled Castes / Tribes and Backward Classes Commission. This commission has also been formed, whose name is State General Caste Welfare Commission.

Madhya Pradesh Chief Minister Shivraj Singh Chouhan had said in this yoga meeting on November 30 – Social harmony is our basic mantra and it is our priority to provide justice to all sections. For this, there will be visits to the State General Welfare Commission in every division of the state and after taking suggestions from the general poor, an action plan will be made to benefit them. People’s participation will increase due to the visit of the commission and their ideas will reach the government. The round of seminars, dialogues, discussions and contemplations should be continued by the Commission in every division.

In Uttar Pradesh, various upper caste organizations have been raising the demand for the formation of a Savarna Commission. This issue has arisen in Parliament when in 2018, Bhairav ​​Prasad Mishra, MP from Chitrakoot-Banda Lok Sabha seat, raised the demand for the Common Class Commission in the Lok Sabha. Raising the issue during zero hour, he had said that if a commission has been made for SC, ST and OBC in the country, then the upper caste commission should also be formed for the upper castes.

You will also know that in the current election environment of Uttar Pradesh, this issue has re-emerged. Samajwadi Party’s national general secretary and former minister Abhishek Mishra has announced that the upper caste commission will be formed when the SP government comes to power in UP. At the same time, Azad Sena founder Abhishek Shukla and upper caste army chief Sarvesh Pandey have also been demanding the formation of a Savarna Commission.

Abhishek Shukla, Sarvesh Pandey, Durgesh Pandey and many emerging upper caste faces are currently engaged in uniting the upper castes. You must be aware that a Brahmin conference was organized in Lucknow under the leadership of Abhishek Shukla, in which Durgesh Pandey also discussed the problems of Brahmins in his address. You should know that apart from UP, the demand for setting up of a Savarna Commission has also been raised in Rajasthan.

Who is called a savarna?

Castes are not counted separately in the Census of India. So far the census has been conducted only on economic basis. It is not a definite data that how many people belong to which caste. All caste leaders have their own guesses, claims. By the way, according to a survey conducted by the Ministry of Statistics in 2007, the number of backward classes in the country’s Hindu population is 41 percent and the number of upper castes is 30 percent.

But after that this trend changed. In 2009, 43 percent of the upper castes were elected, while the number of OBC MPs fell to 18 percent. This trend continued. In the 2014 general elections, the representation of the forward castes increased to 44.5 percent. On the other hand, the representation of the OBC community remained stagnant at 20 per cent. Now out of the total 542 elected MPs of Parliament, 232 are upper castes, while the number of OBC members is 120. 86 Scheduled Castes and 52 Scheduled Tribes MPs are in the Lok Sabha this time.

For More, Connect with the Official Facebook Page of Theujjwal

With the decline of the Mughal Empire, such powerful people emerged in India who associated themselves with kings, priests and sages and started increasing in their status. Due to this, casteless social groups kept on splitting into different caste communities.

After the social turmoil of 1920, the British government changed its policy and began to reserve some part of government jobs for the lower castes. This is termed by sociologists as ‘positive discrimination’. After independence, in 1948, negative discrimination on the basis of caste was banned and later it was arranged in the constitution.

These things have been mentioned by Professor Susan Bailey of Cambridge University in her book ‘Caste, Society and Politics in India’ and Jawaharlal Nehru in his book Discovery of India.

However, caste-based discrimination persists in other religions and other regions in the Indian subcontinent as well. It is also present in Nepalese, Buddhist, Christian, Islam, Judaism and Sikhs. Apart from India, the same system is running in Thailand, Cambodia, Indonesia.

Disclaimer: The data used in this post been collected from many other places. After collecting information from many articles by Ujjwal Kumar Singh of forward Bulletin, it has been brought in a group and presented to you. Although this is correct, we apologize for any errors. Do give your feedback after reading this.

50 MOST INTERESTING UNKNOWN FACTS YOU SHOULD KNOW, Intresting and Silly Facts…

50 MOST INTERESTING UNKNOWN FACTS YOU SHOULD KNOW, Interesting and Silly Human Facts

An encouraging truth written by Ujjwal Kumar Singh focusing on Ashutosh Kumar and Bhumihar, must read once - theUjjwal 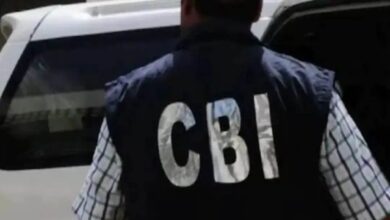 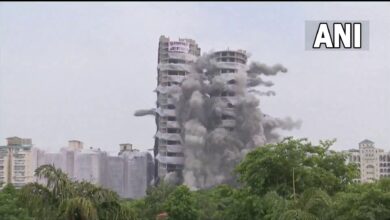 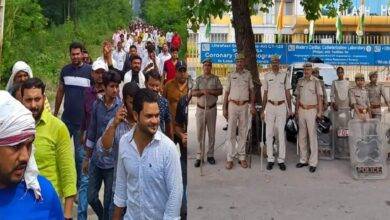