Before taking on RCB, Mumbai Indians will have to work on these three big problems as they have lost their first three matches of this season.

IPL 2022, MI vs RCB: Rohit Sharma’s team lost against Delhi Capitals by four wickets, against Rajasthan Royals by 23 runs and against Kolkata Knight Riders by five wickets. They have to improve the pattern of the game today. But the fight will be tough as they will have a powerful team like Royal Challengers Bangalore against them.

1. Captain Rohit Sharma Will Have To Get Back In His Form

MI 3 Big Problem: Mumbai Indians have traditionally always been known for their teamwork. But still most of the credit for his success goes to his inspirational captain Rohit Sharma. However, Rohit Sharma, the captain of the five-time IPL winning team, has not shown much performance with his bat in this IPL season. He scored 41 against Delhi Capitals, but this has been his single best score so far this season. Sharma scored 10 runs against Rajasthan Royals and 3 against Kolkata Knight Riders.

MI 3 Big Problem: Mumbai Indians are yet to find the right replacement for Hardik Pandya. He had high hopes from Australian all-rounder Daniel Sams but he has failed to make a mark. He scored 7 runs and conceded 57 against Delhi Capitals, got out for naught against Rajasthan Royals, and conceded 50 runs in his five overs when he was bowling against KKR.

3. Jasprit Bumrah needs to be consistent

MI 3 Big Problem: Knowing that Jofra Archer will be available from next season only. Mumbai Indians are heavily dependent on their fast bowler Jasprit Bumrah to perform well in every game. But he has only bowled one good spell so far. Bumrah did not take a single wicket against both KKR and DC.

This time the condition of Mumbai Indians is also not good. This time Mumbai Indians are at 9th place in IPL 2022 Point Table, while Royal Challengers Bangalore is also at number three after winning 3 matches.

Talking about the IPL 2022 Orange Cap, this time in the list, Jos Buttler is playing with Rajasthan Royals on top of the Orange Cap by scoring 205 runs. While talking about IPL 2022 Best Strike Rate, Dinesh Karthik’s strike rate was 210.87 while playing for Royal Challengers Bangalore.

If the KOL Vs DEL Winning Prediction is to be predicted tonight at 7:30 pm, then Kolkata Knight Riders’ victory is seen by bringing 55% votes in it. So far a total of 19,628 votes have been cast in favor of Kolkata Knight Riders while Delhi is seen losing with 15,828 votes. To be clear, we do not claim the accuracy of any guesses. 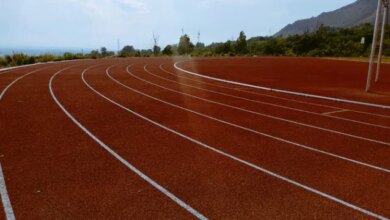 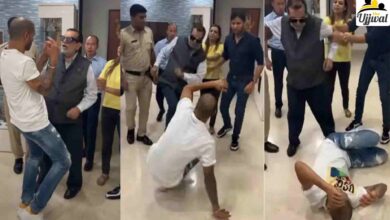